Making sound visible was a means to understand the physics of sound. This study is termed as cymatics, a field that was ventured by the renowned Ernest Cladni in the 18th century. Turning science into art, Kanazawa chose to perform his experiments using two key apparatus, the steel plate and the rubber mallet. Frictional contact between these tools created sound waves and vibration, drawing different motifs with fine sand. He makes the invisible visible.

Kanazawa also composed abstract sound from his experiments. His compilation titled “Solo Performance” was released in April 2013, after the “Fragments of Sound” project in 2007. 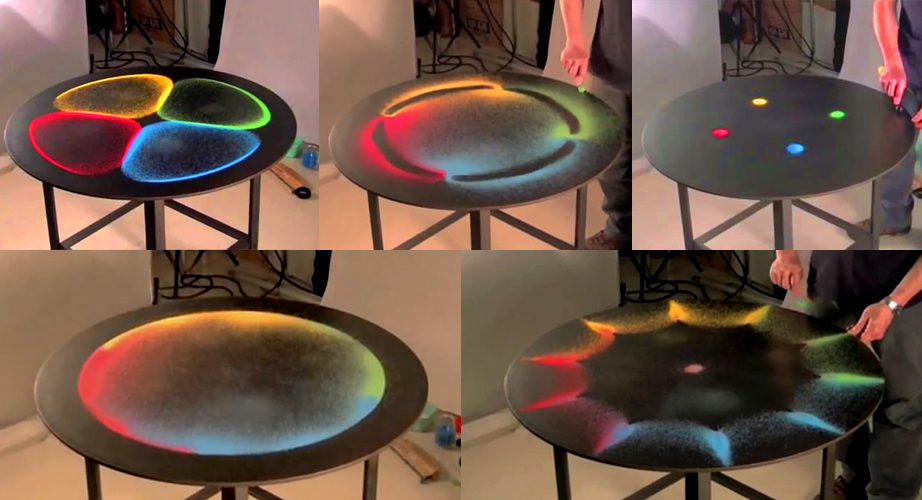