“Sustainability is everywhere, from the construction/deconstruction system made up with prefabricated modules, to the water reuse mechanisms and the employment of certified and recyclable materials.” The Brazil pavilion presents itself as a thoughtful and meaningful architecture, intentionally playful and engaging. It has successfully portrayed the agricultural and farming culture of Brazil, demonstrated through the choice of material and the unostentatious layout of spaces. How easily one finds himself immersed in the realm of gravity play, exploring the many possibilities of architecture and body interaction. 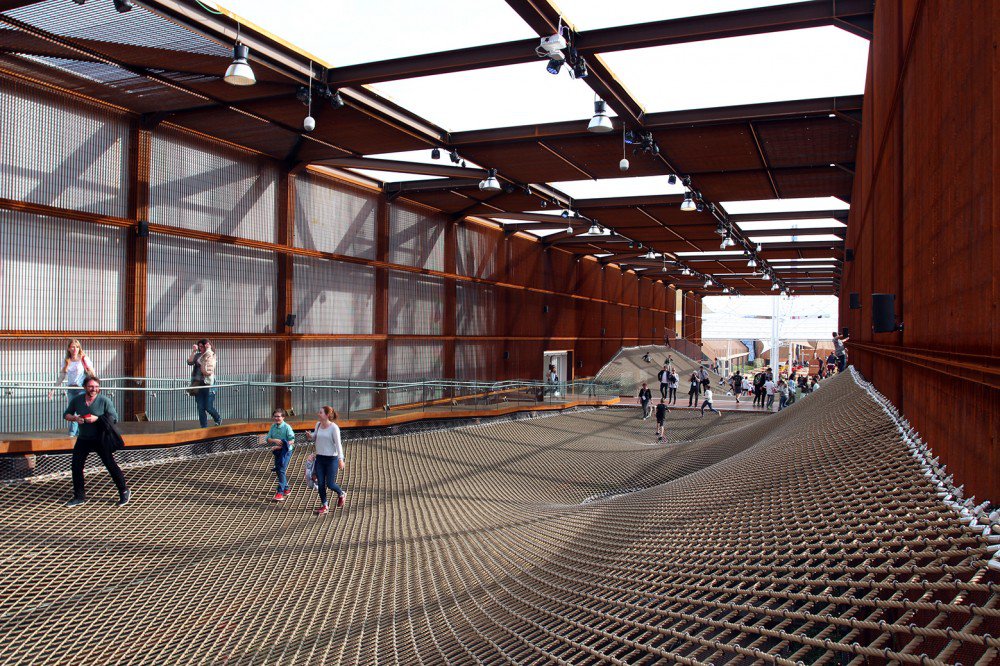 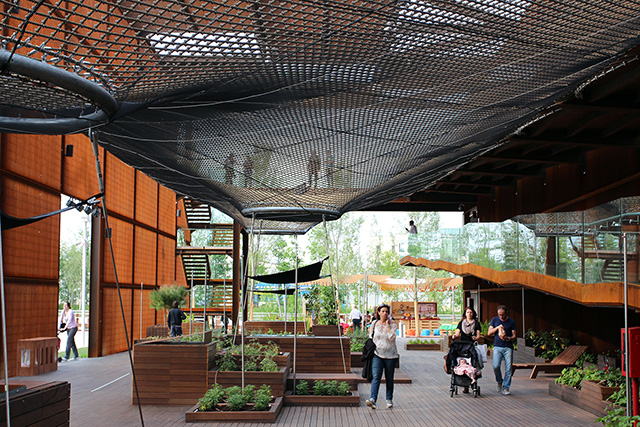 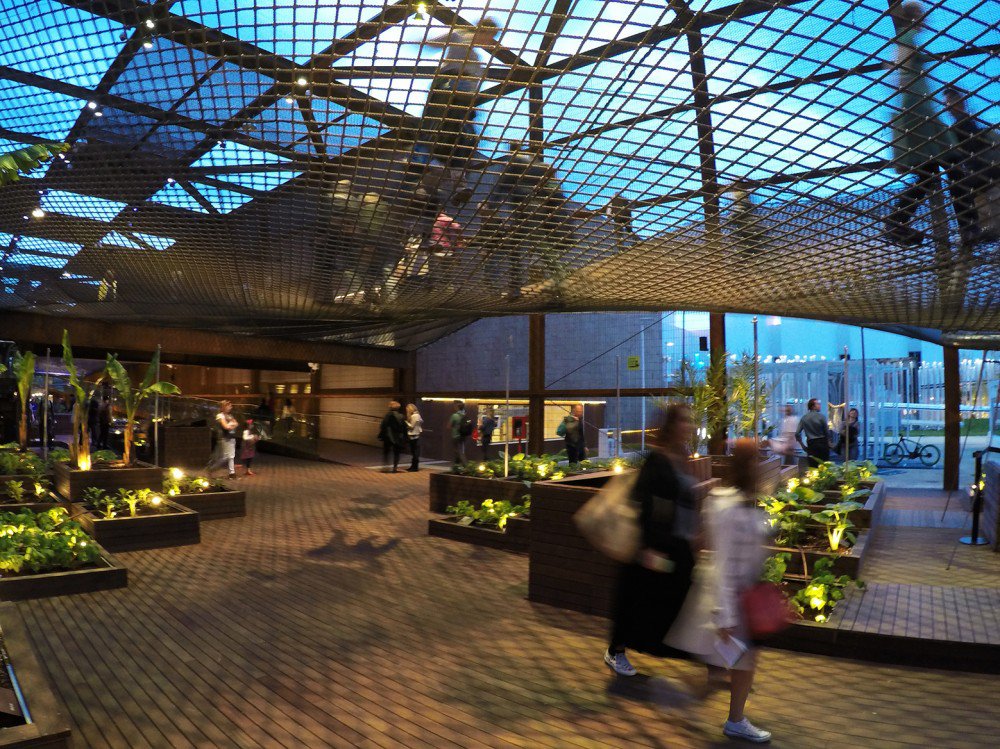 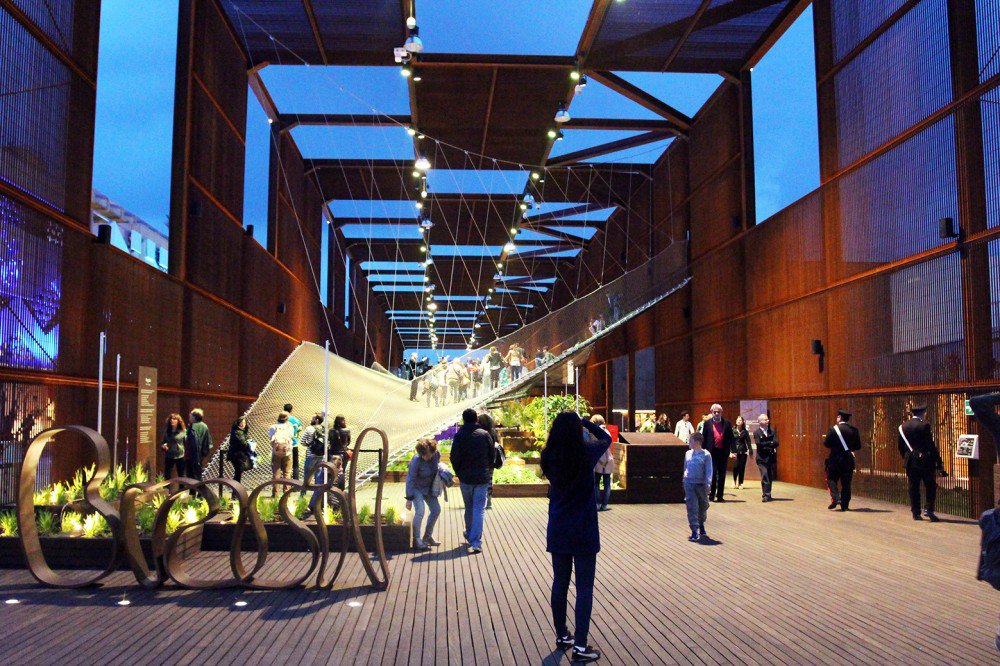 The Austria pavilion is another unpretentious architecture, like a living mechanism immersing its visitors with breathing pockets of natural greens. It provided an oasis, a rejuvenating experience in contrast to other pavilions which as dense with audio visuals and superficial (and distracting) “ornaments”. Noteworthy, ” It is the only building on the entire EXPO site to withstand the hot Milanese summer without conventional air conditioning”. The architectural message is central to Austrian’s initiative to shift to a new paradigm in the future. 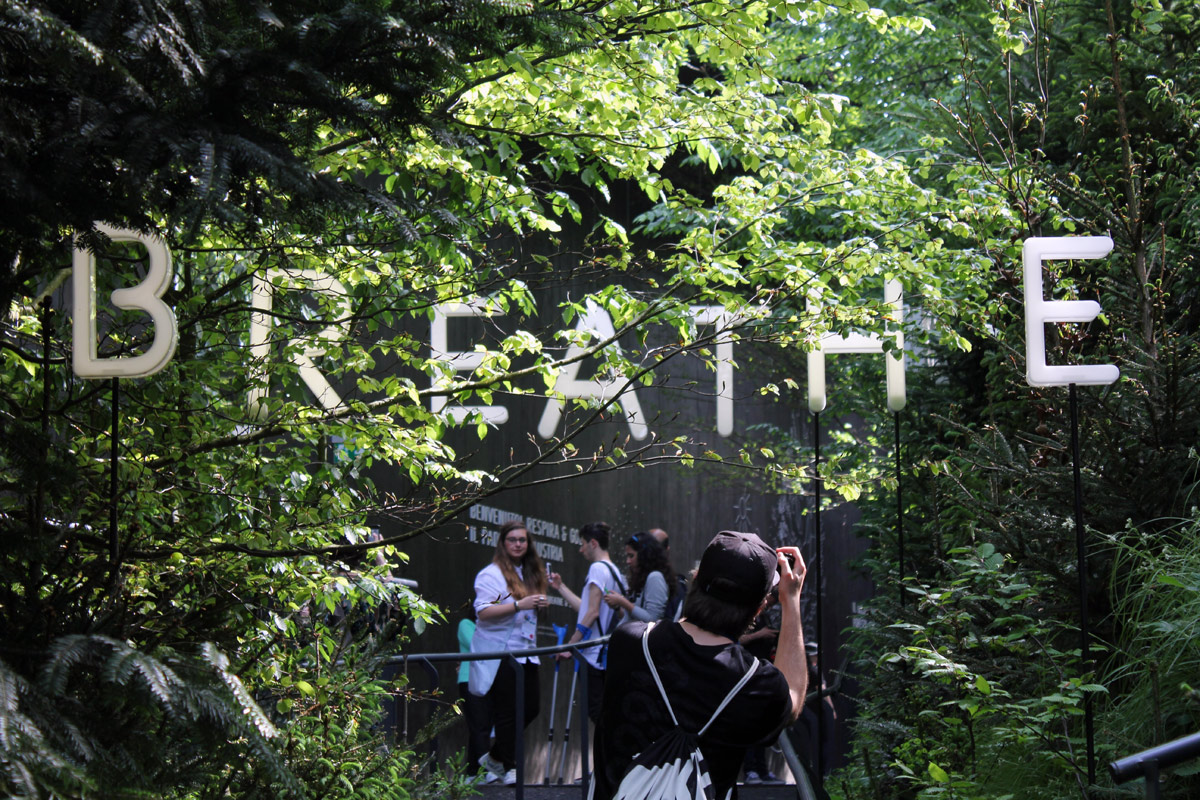 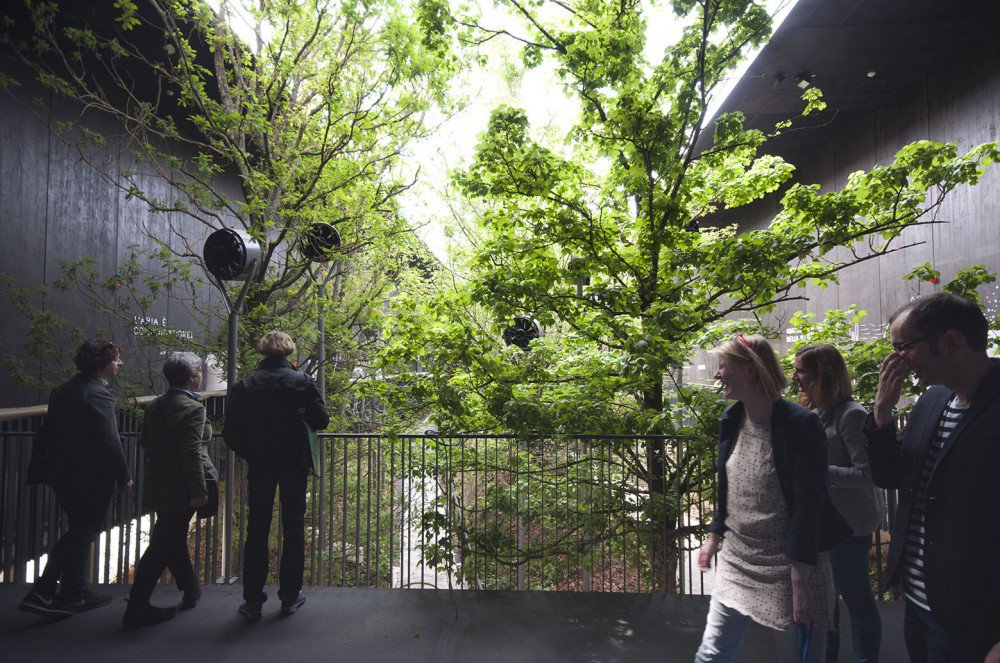 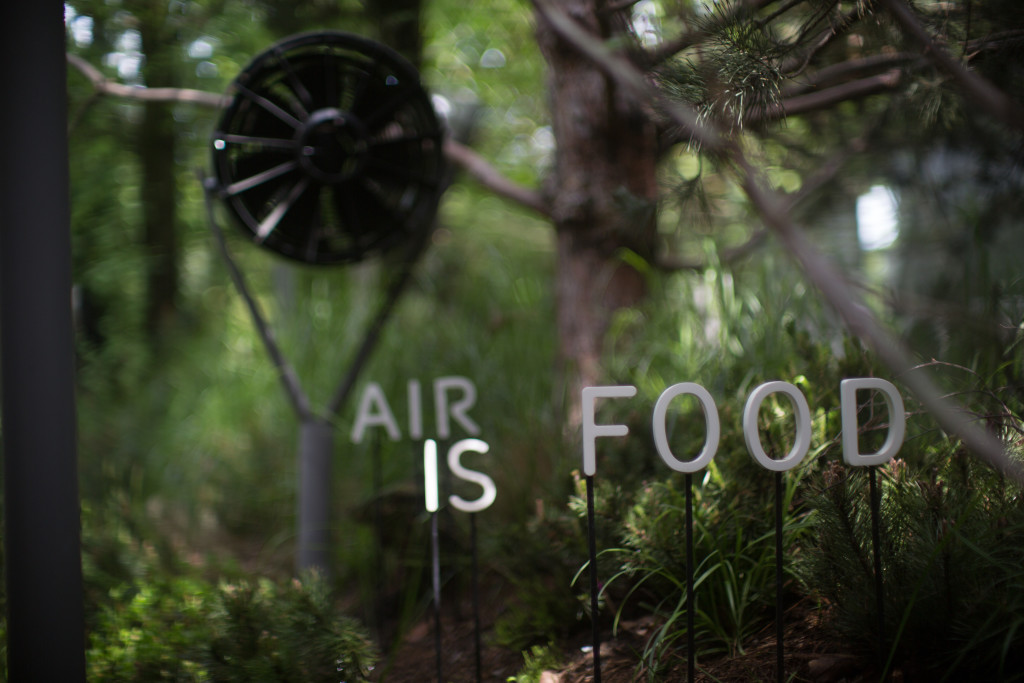 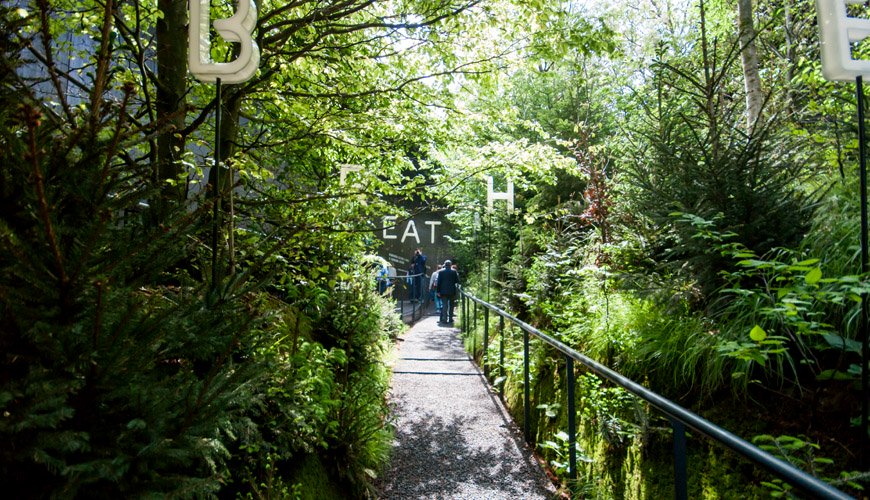 The Virtual Beehive left a lasting impression as a work of art and engineering. The lattice structure, made from 169,300 pieces of aluminum and steel created a phenomenal and sensorial experience, particularly at night. The “busyness” that engulfs the body, coupled with audio and visual effects reinterpreted the British landscape, perhaps more of a conceptual manifestation of British lifestyle. 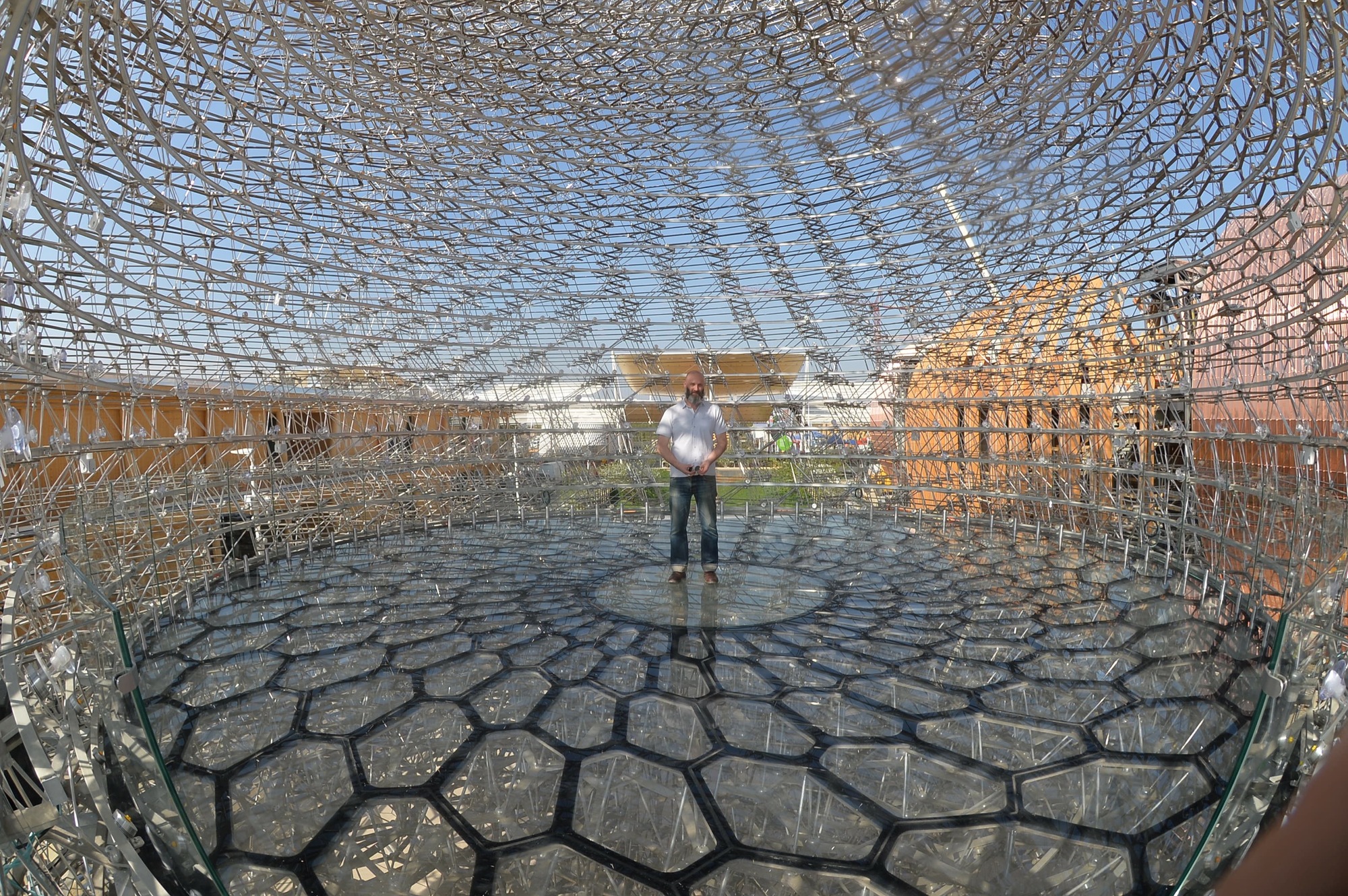 Yet another edgy pavilion that lacks soul, failing to fill the gap between architecture and its exhibited content. Literal as it is, the series of geometrical formation is claimed to be a reminiscence of the Slovenian landscape. 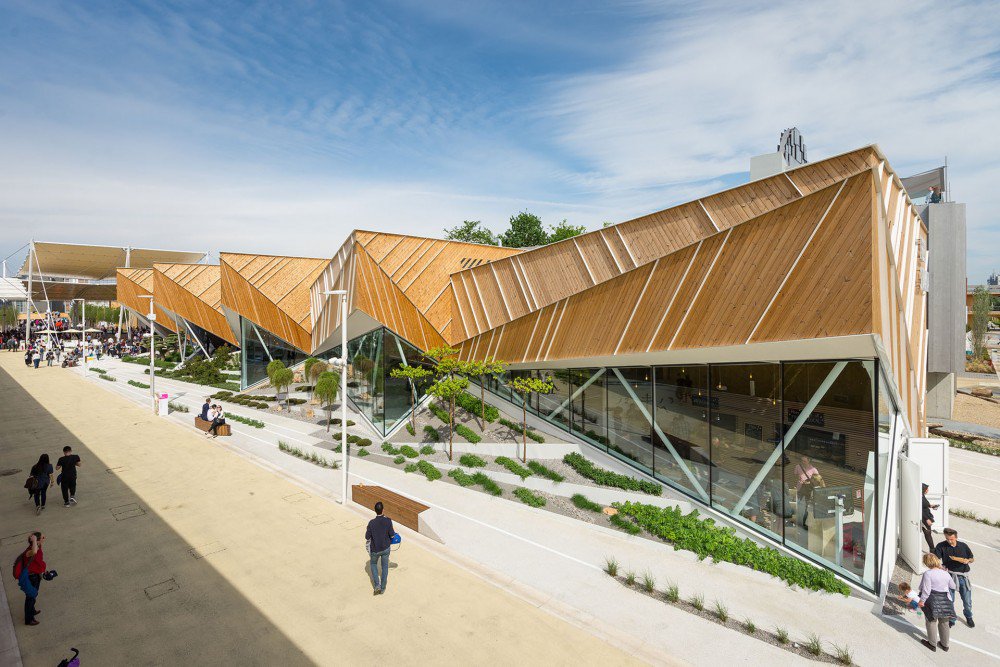 The Palazzo Italia exhibits a strong mass with a sculptural envelope, cladded together by 700 i.active BIODYNAMIC panels which apparently convert pollution in the air into inert salts. Its complexity lies in the construction process to realize its morphing form and it is commendable. However, like most pavilions erected in the expo, this is yet another ‘object’ to be marvelled at, visually stimulating but not quite as engaging as the Brazil or Austria pavilions. The LED representation of wheat field seems to be more exciting than the pavilion that contains it. The curving roof is merely illlusional in their attempt to exhibit a pavilion that is composed of a field of spaces. From the external perspective, it is an undeniably an object in the field. Perhaps the only element worth noting is the bamboo roof panels which adds an asian flavor to its entirety but begs the question of rationality in its manifestion only as a sunshade device. 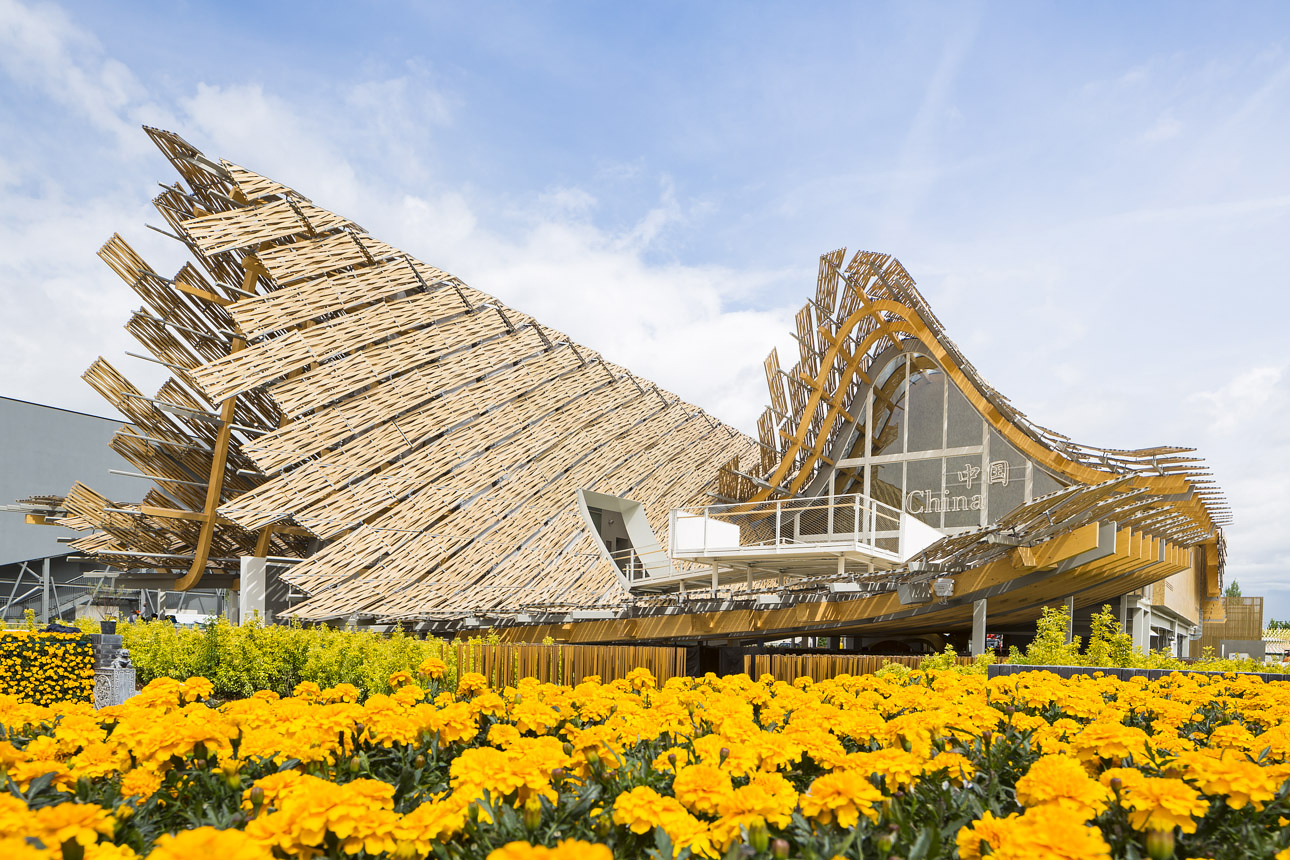 Daniel Libeskind’s Vanke Pavilion is an acquired artpiece. While others may marvel at its organic form, it is worth questioning if this architectural approach is merely displaying Libeskind obsession towards a dramatic aesthetic? Its scale-like finish has certainly convince us of its literal depiction of the “dragon”. It has easily suggested movement, as though the “being” is twisting its neck. The interior, however, could have played along and pushed its limits by creating a similar dynamic impression. It neither expressed the spirit of the dragon nor the food culture & landscape of the Chinese community. It depended too much on audio visual intervention to tell the story. I first met Architect Vo Trong Nghia in person at the ARCASIA Conference in Danang, Vietnam a few years ago. He gave the impression of a skillful master of bamboo structure, one with a taste for vernacular architecture. His Wind and Water Bar resonated that spirit of locality. However, the Vietnam pavilion at the expo this time fall short in comparison to this precedent. It was crudely incorporated with a cubic mass enveloped by curtain walls and hardly a significant intervention in the aspect of structure or spatial experience. The 30m cantilever at the entrance into the pavilion is the most distinct architectural feature. Finished with polished stainless steel, it adds to its monumental scale a notion of interactive environment. Such level of engagement should carry through the entire pavilion but unfortunately for this one, its phenomenal experience stops short. It also begs the question, “What does reflection has to do with the story of Soviet Union? Or does the inverted reality carries with it an intentional meaning?” Nonetheless, this strategy seems to work its way to attract visitors by luring them into the reflection play.