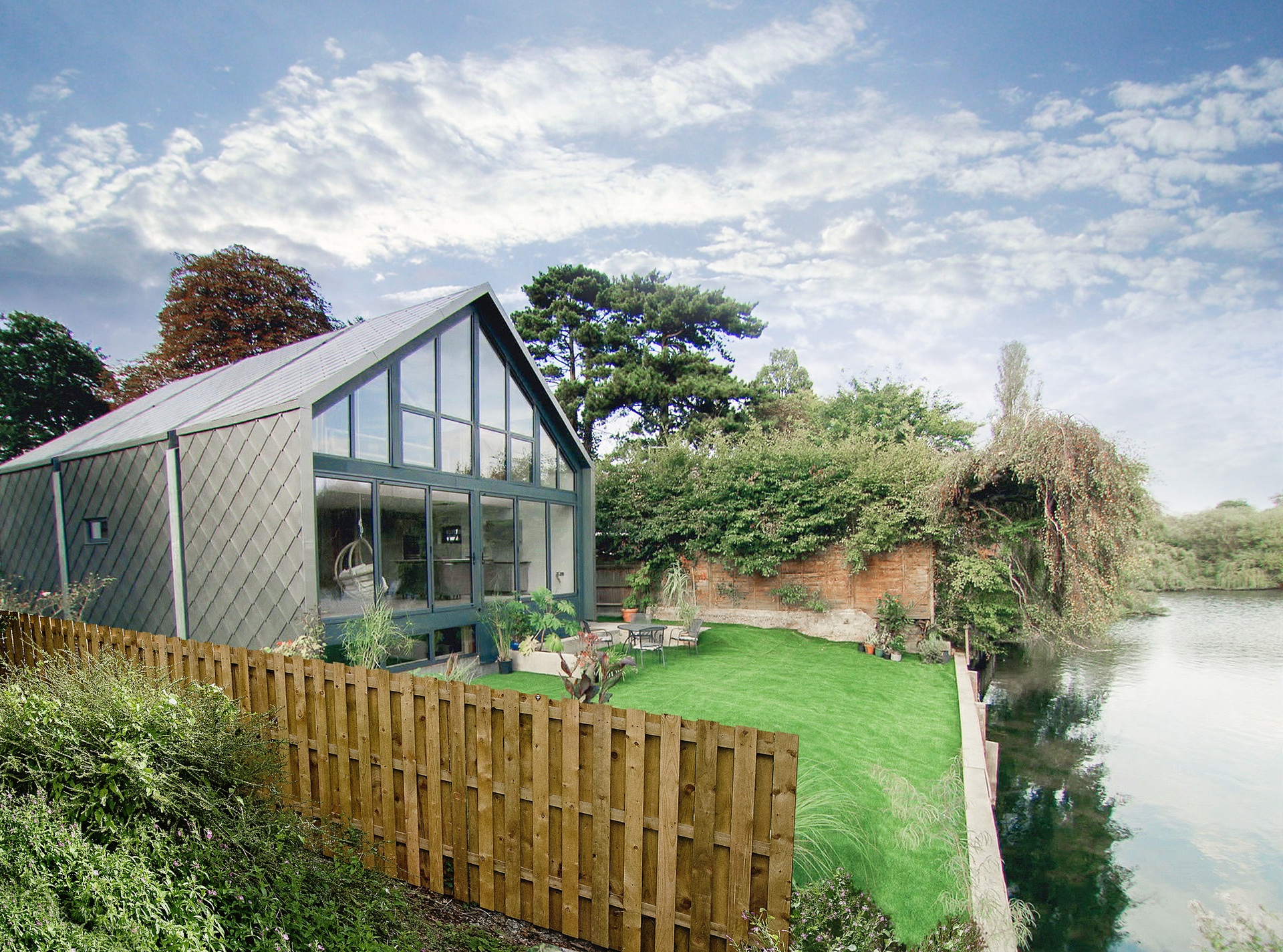 Think “amphibious” and you would probably picture the Lilypad City by Vincent Callebaut, an idea that once seemed like a far-fetched reality has begun to show a glimpse of its existential possibility when the founders of Baca Architects erected a home that floats on the water of River Thames at Marlow.

There’s no gimmick, UK is housing 6m homes which are at risk of flooding and up to 20,000 new homes will be built in flood prone areas this year alone. This phenomenon has driven Baca Architects to develop a new housing typology, one that works with water rather than against it. Sure, it would have been less expensive to build elevated houses, like houses on stilts as sturdy as those built in New Orleans. The future Britain homes would have had a similar urbanscape which mimics the conventional and less innovative way of dealing with its context employed by many regions around the world.

Defying the norm to create meaningful architecture calls for new set of technical challenges but more importantly, in the name of innovation, offers a new way of living and dwelling which could potentially reshape values and perspectives. 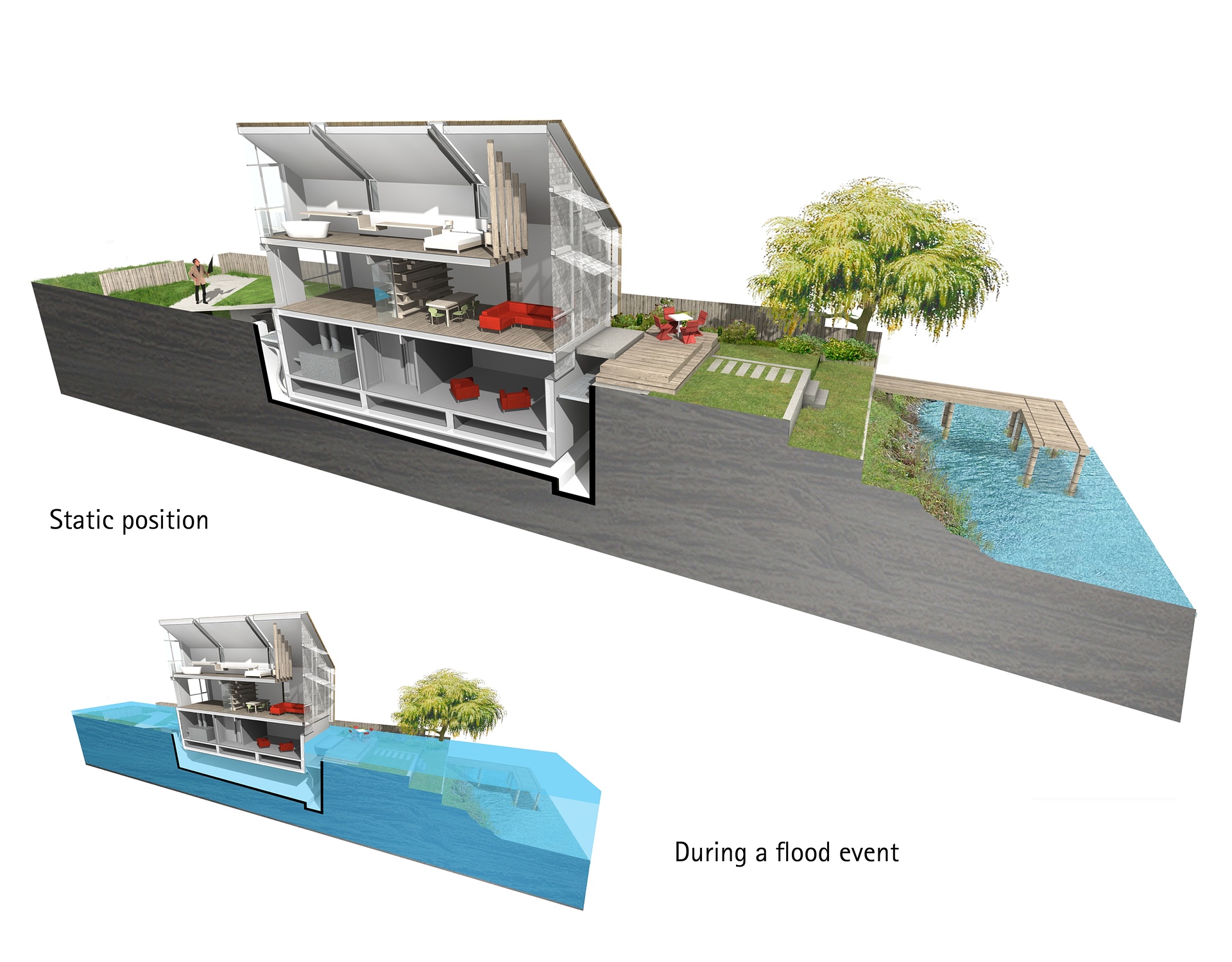 The beauty of this concept is how the house respond instantaneously towards the changes of the water levels. It is a very tangible relationship between the built and the environment. Like a vessel that is carried by the rise and fall of water tides, the phenomenology shifts from being above the water to being submerged by water.

“The buoyant concrete base sits in a wet dock, which has a permeable concrete bottom, so as water comes in, the whole house floats up with it”, says Coutts. Guided on four fixed steel posts known as “dolphins”, the house can rise up to 2.5 metres, well above the projected future flood levels for the area. Services are fed in through flexible pipes, to avoid the building becoming unplugged as it floats up. The garden also acts as an early flood-warning system, designed as a series of stepped terraces that will be progressively submerged as flood water encroaches, so the residents won’t be taken be surprise as their house lifts off.” (sourced from the Guardian)

Other proposals by the Baca Architects below. 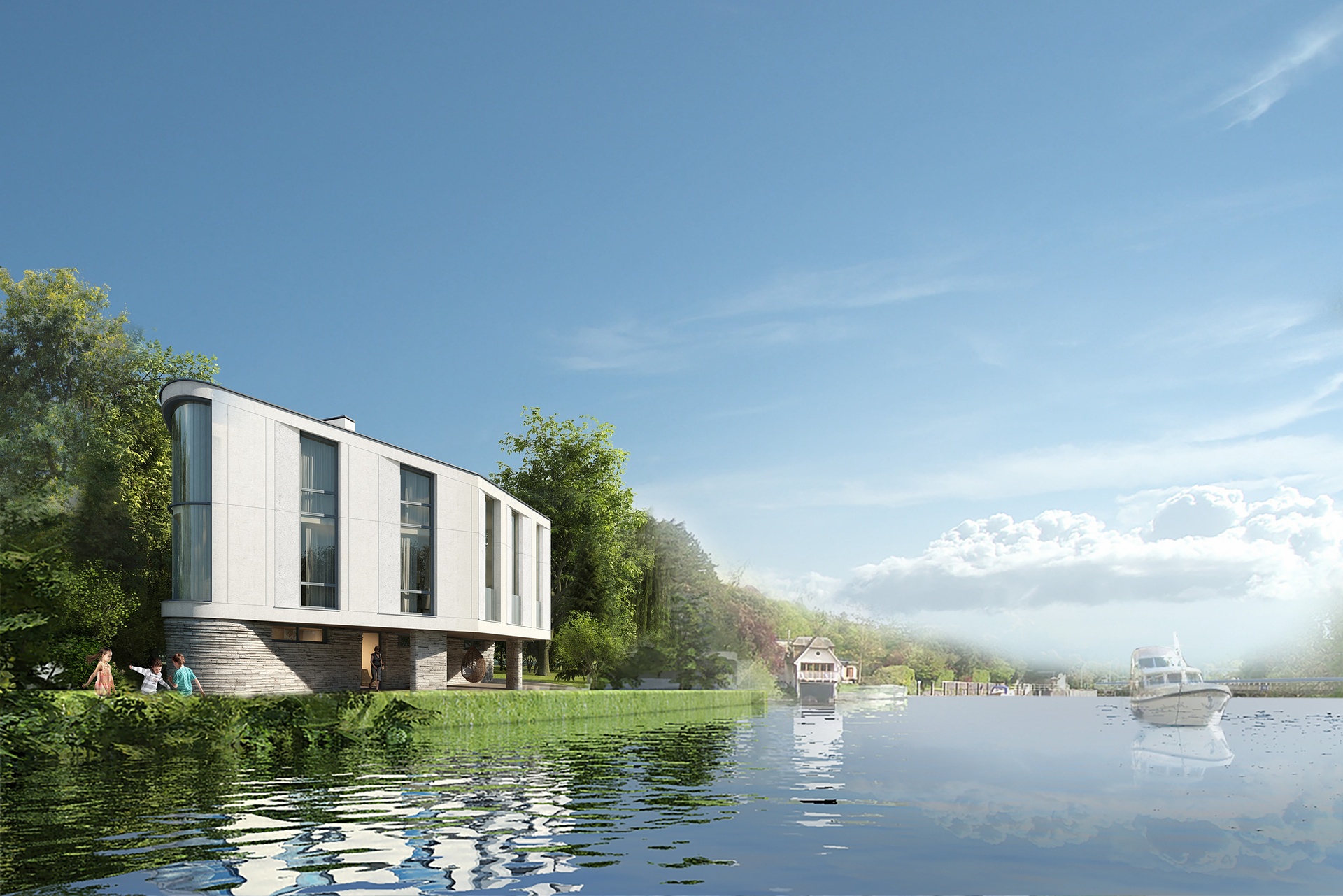 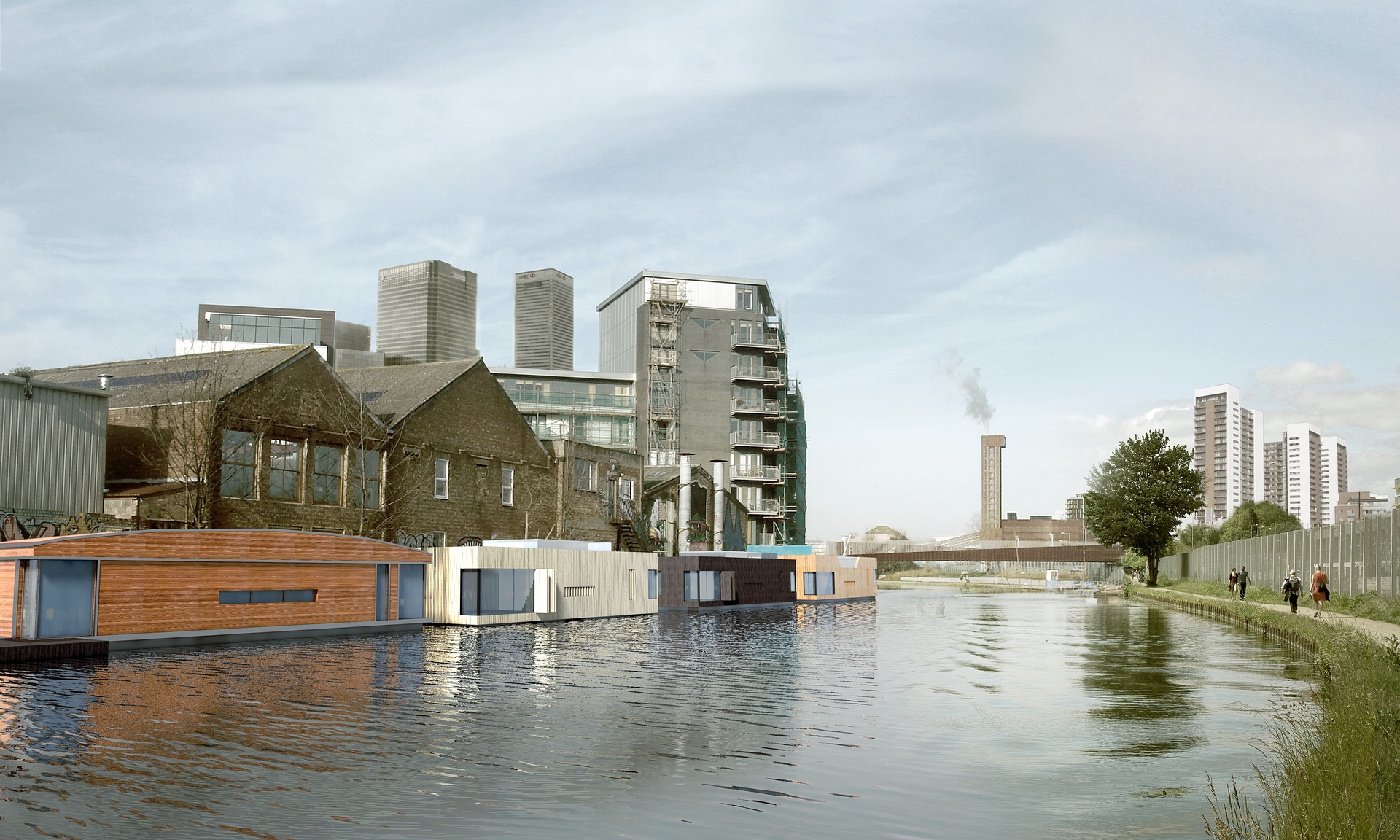 Along River Lea in East London 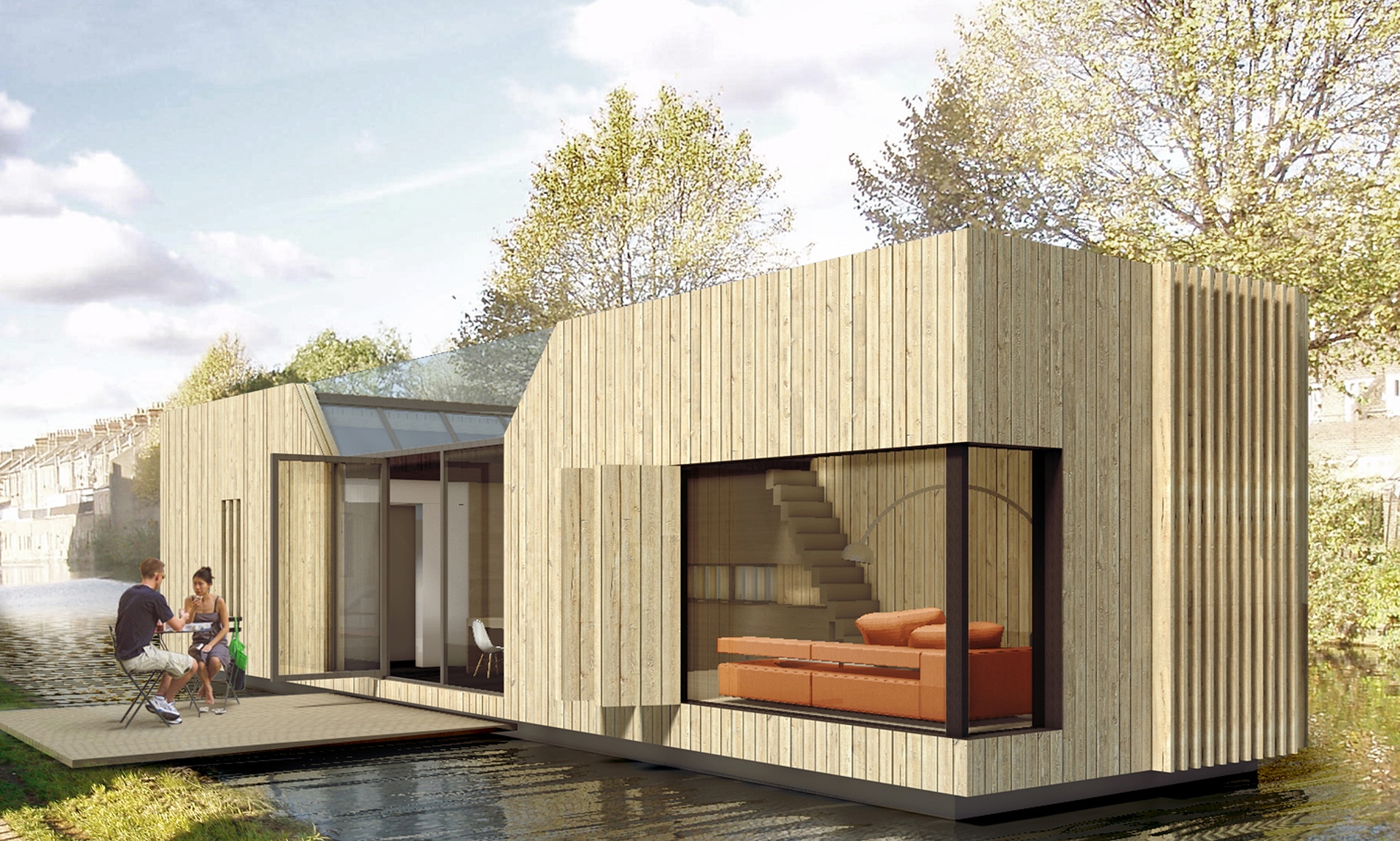